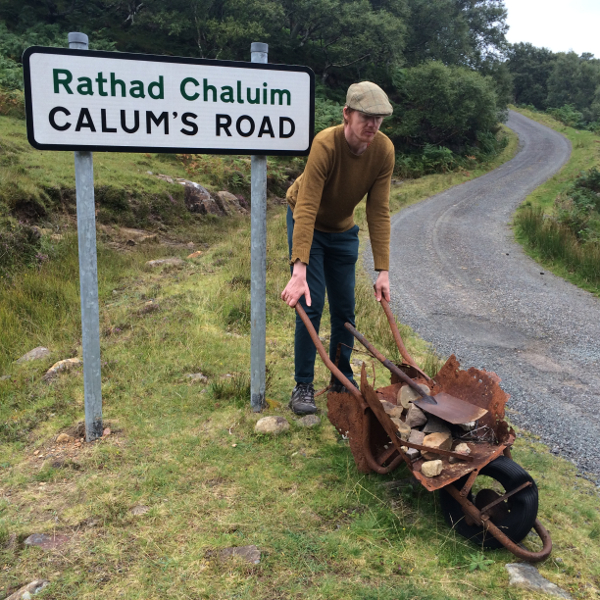 At Calum‘s Road, Isle of Raasay – Photo by Miyuki Kasahara

In 2015 I undertook a journey to ‘Calum‘s Road‘ on the Isle of Raasay, Inner Hebrides, Scotland reaching it on 20th September, my 40th birthday. This 1.5 mile road was largely constructed by one man, Malcolm (Calum) Macloed in defiance of the local council’s neglect of the north of the island. The road took Calum over ten years to complete across inhospitable terrain. In April 2017 I will visit the Ao-no-domon Tunnel (below) in Kyushu, Japan followed by a research residency at Youkobo Artspace in Tokyo.
Youkobo Art Space – http://www.youkobo.co.jp/en/ 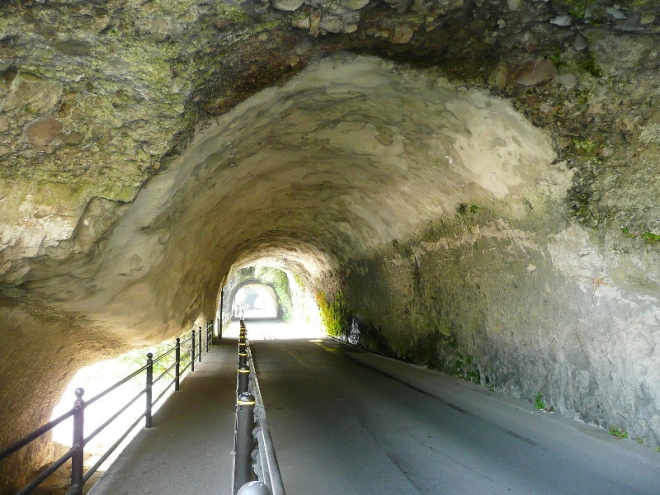 ‘Ao-no-Domon’, is a 185 metre tunnel dug through the mountainous Yabakei Gorge in Kyushu, the Southern-most island of Japan. The origin of the tunnel became known in Japan through a fictional account by early 20th-Century writer Kan Kikuchi called ‘Beyond the Pale of Vengeance’. In the mid-18th Century villagers fell to their deaths crossing this mountain pass. The monk Zenkai in penance for a murder committed in his bandit past chiselled a tunnel through the mountain. This task took thirty years and the tunnel can still be walked (and now driven) through. Despite the distance of cultures the actions of Zenkai and Macloed have much in common; social responsibility; physical repetition; long timescales; solitary tasks.  I will connect to these endevours through film, sound and actions.